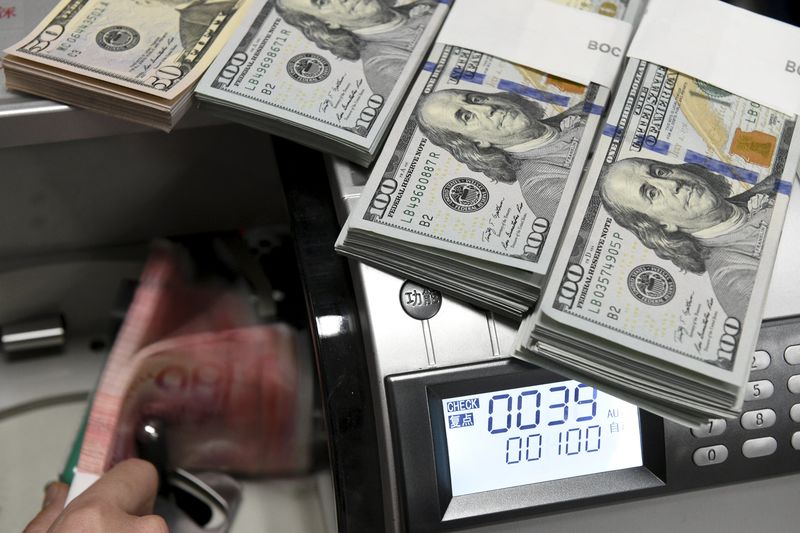 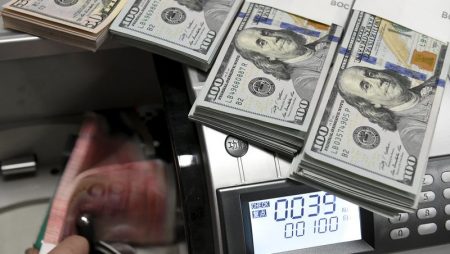 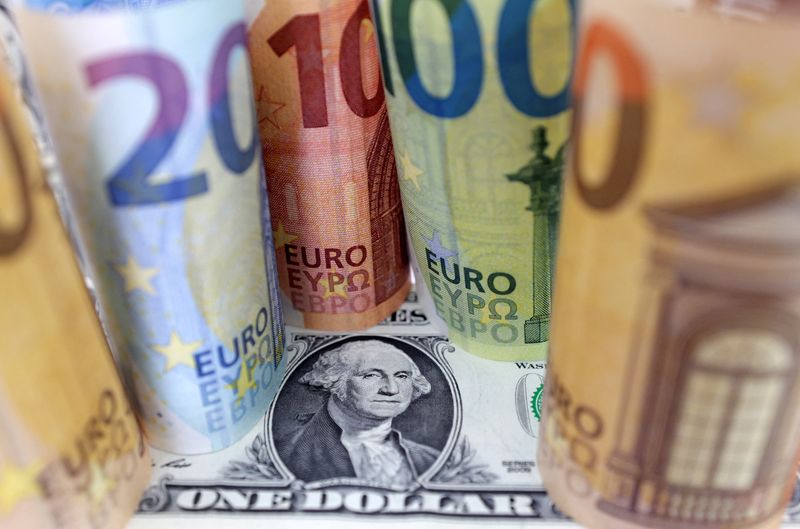 TOKYO (Reuters) – The dollar remained firm near a two-decade high versus major peers on Tuesday as investors braced for another aggressive rate hike by the Federal Reserve as it battles to rein in overheated inflation.

The , which measures the greenback against six counterparts, edged 0.09% higher to 109.64, stable for the moment after pulling back from as high as 110.79 earlier this month, a level not seen since June 2002.

Providing additional support, the two-year U.S. Treasury yield, which is extremely sensitive to policy expectations, rose as high as 3.970% overnight for the first time since November 2007. The 10-year yield reached a high of 3.518%, a level not seen since April 2011.

While still elevated, those bets have come down from around 38% on Wednesday, when they were shocked higher by a surprise acceleration in U.S. consumer prices for August.

The dollar added 0.07% to 143.29 yen, continuing a week-long consolidation following two attempts at 145 this month that took it as high as 144.99 on Sept. 7 for the first time in 24 years. The dollar-yen currency pair tends to track the long-term yield spread between U.S. and Japanese government bonds.

The Bank of Japan decides policy on Thursday, and is widely expected to keep its ultra-easy stimulus settings unchanged — including pinning the 10-year yield near zero — to support a fragile economic recovery.

That’s despite data on Tuesday showing core consumer inflation quickened to an eight-year high of 2.8% in August, exceeding the central bank’s 2% target for a fifth straight month.

“CPI was very strong, but the BOJ will likely keep policy unchanged, so expectations about Fed policy are more important” for currency markets, said Tohru Sasaki, a strategist at J.P. Morgan in Tokyo.

“Dollar-yen will eventually break above 145, but the speed depends on how hawkish the Fed is, and developments in interest rate differentials.”

The euro was little changed at $1.00235, after grinding slowly higher over the past week and strengthening its position above parity. It dropped as low as $0.9864 on Sept. 6 for the first time in two decades.

The Bank of England will decide policy on Thursday, and investors are split over whether a 50 or 75 basis point hike is on the way.

“With expectations split, the prospect of GBP volatility is unsurprisingly elevated,” Chris Weston, head of markets research at Pepperstone, wrote in a client note.

“Given the heavy trend lower in the GBP, one can easily assume that the speculative part of the market is already heavily short GBP. This should cushion the downside on a 50bp hike but see a pronounced move higher should we see a 75bp hike.”

Meanwhile, minutes of the Reserve Bank of Australia’s meeting this month showed that policymakers see a case for slowing the pace of hikes as rates approached more normal levels.

Opinion: Congress Should Not Be Permitted to Engage in Crypto Trading
17 mins ago