Dollar Stabilizes Ahead of Fed Minutes; Sterling Edges Up on Inflation Jump 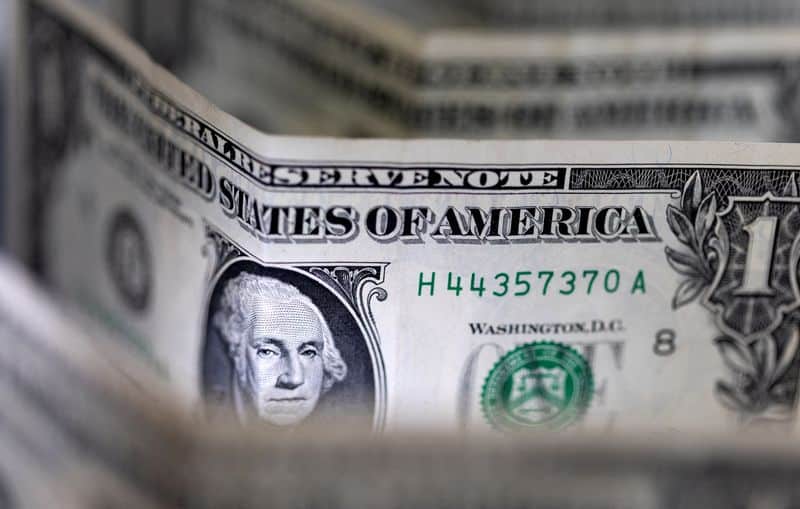 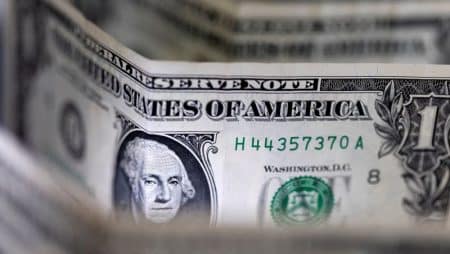 Investing.com – The U.S. dollar stabilized in early European trade Wednesday ahead of the release of the minutes from the last Federal Reserve meeting, while sterling edged higher after the latest jump in inflation.

Softer-than-expected readings last week had seen the dollar weaken as traders trimmed their bets on a sharp interest rate hike in September. But the index has largely recovered the lost ground as a number of Fed policymakers flagged more hefty interest rates this year, given that inflation is still pinned near 40-year highs.

Markets are still wary of any more hawkish commentary in the , due at 14:00 ET (18:00 GMT), with traders looking to see whether the signals another interest rate hike of 75 basis points in September, matching the July increase.

Also of interest will be the release of U.S. data for July, at 08:30 ET (12:30 GMT), which is expected to show month over month gains of just 0.1% compared with the 1% jump in June as consumers rein in discretionary spending with inflation still at 40-year highs.

Elsewhere, fell 0.1% to 0.6339 after the hiked rates by an expected 50 basis points and pointed to the need to bring forward the timing of future rate increases.

fell 0.4% to 0.6995 after climbed an annual 2.6% last quarter, well below of 6.1%, supporting the central bank’s move to give itself more flexibility on interest rates.

Back in Europe, rose 0.1% to 1.2104 after U.K. consumer prices rose from June, leaving them up from a year earlier – that’s the highest rate of inflation since early 1982.

dropped 0.1% to 1.0163 ahead of the release of the final reading of Eurozone second-quarter later in the session, with the preliminary data showing faster than expected growth ahead of the expected slowdown as the year progresses.

“The outlook for the Euro-area economy has darkened quickly and the economy appears to be heading towards a recession,” said analysts at Nordea, in a note.

However, “despite the weakening outlook, the ECB will have to strengthen its credentials as an inflation fighter and continue to raise rates.”

Opinion: Congress Should Not Be Permitted to Engage in Crypto Trading
51 mins ago