EUR/USD 2023 Outlook: The Euro’s reversal vs. a return to parity

EUR/USD 2023 Outlook: The Euro’s reversal vs. a return to parity
Foreign Exchange News 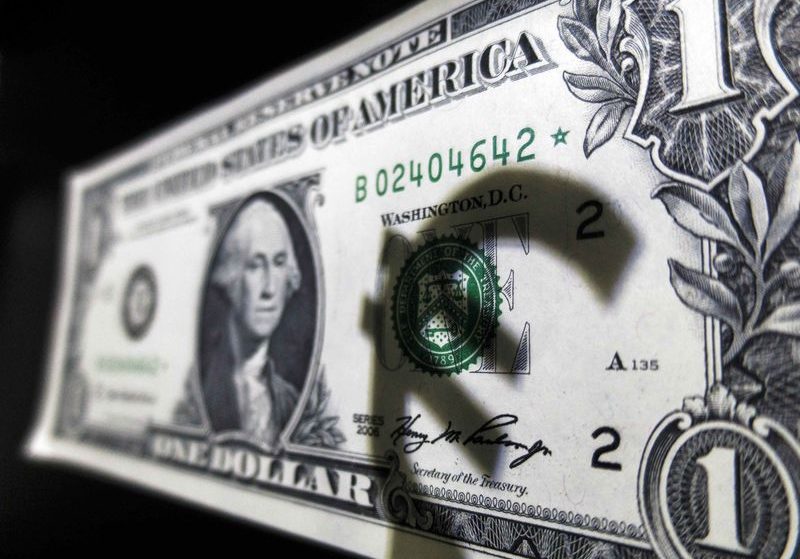 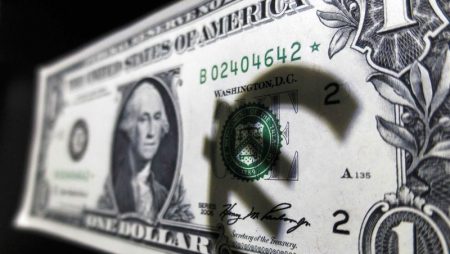 © Reuters. Will the Euro’s momentum vs. the dollar continue?

Between the beginning of the year, when the euro was worth around $1.135, and the low in late October, this year’s bearish move ultimately amounted to over 1800 basis points.

However, the fourth quarter of 2022 has so far seen a dramatic turnaround, with the EUR/USD marking a high of 1.0737 on December 15, advancing over 1200 pips from the yearly low, and reversing more than two-thirds of the previous 9-month decline in six weeks.

The EUR/USD gained 10% in November alone, its best monthly performance since July 2020.

Will the EUR/USD bullish reversal continue in 2023?

Through the end of September, the strength of the , which jumped this year in the face of the rapid rise in rates of , weighed heavily on the EUR/USD pair, as was slower to tighten its policy in the face of soaring inflation.

The war in Ukraine and the ensuing energy crisis have also affected the European economy much more than the US economy, giving the greenback an additional advantage.

But the context is now different. The slowdown in the Fed’s schedule and the moderation of inflation in the United States (two closely related concepts) have led investors to reconsider the pair.

Indeed, if the EUR/USD suffered in 2022 from the ECB’s lagging the Fed in terms of rate hikes, 2023 could see the situation reversed, with the ECB “catching up” to the Fed, which, for its part, has already clearly signaled a pivot towards a less aggressive rate hike.

Fed-ECB rate differential in focus in 2023

Thus, market expectations of the Fed-ECB rate differential will be key for EUR/USD in 2023. Specifically, next year’s central question in this regard will be whether the Fed or the ECB will be the first to lower rates again.

In this regard, UniCredit Forex strategist Roberto Mialich said that “the Fed is set to cut rates in 2024 at a more intense pace than the ECB,” and as a result expects “a narrowing of the differential between the US Fed funds rate and the ECB depo rate, which will be consistent with a higher EUR-USD exchange rate.”

He added that “the strong dependence of the USD strength on the rise in US yields means that the greenback will be forced to loosen its grip as US yields fall again, as already occurred on the back of the latest US CPI inflation data.”

However, monetary policy at both the Fed and the ECB will continue to depend on economic developments, specifically the moderation of inflation, and the impact of higher rates on growth.

A faster-than-expected decline in inflation in or in the coming months should reduce expectations of a rate hike for the central bank concerned. Conversely, if central bank action does not appear to be sufficient to bring inflation back toward its target, rate expectations could rise.

Similarly, a sharp recession in 2023 would be a factor to argue for a quicker-than-expected end to rate hikes, and a move toward lower rate expectations.

The war in Ukraine is also a potential double-edged “wild card” that should not be overlooked. A possible end to the conflict in 2023 could be a powerful bullish factor for EUR/USD.

On the other hand, the impact of the war in Ukraine on the economy in Europe could get even worse if Russia decides to cut off its gas supplies to the continent altogether. In that case, we should probably expect to see analysts talking about a return to below parity again.

Finally, from a chart perspective, we note that the EUR/USD’s rise could be helped by a signal that is being followed closely by traders, and which seems imminent. Indeed, as we can see on the chart below, the 50-day moving average is rapidly approaching the 200-day moving average. 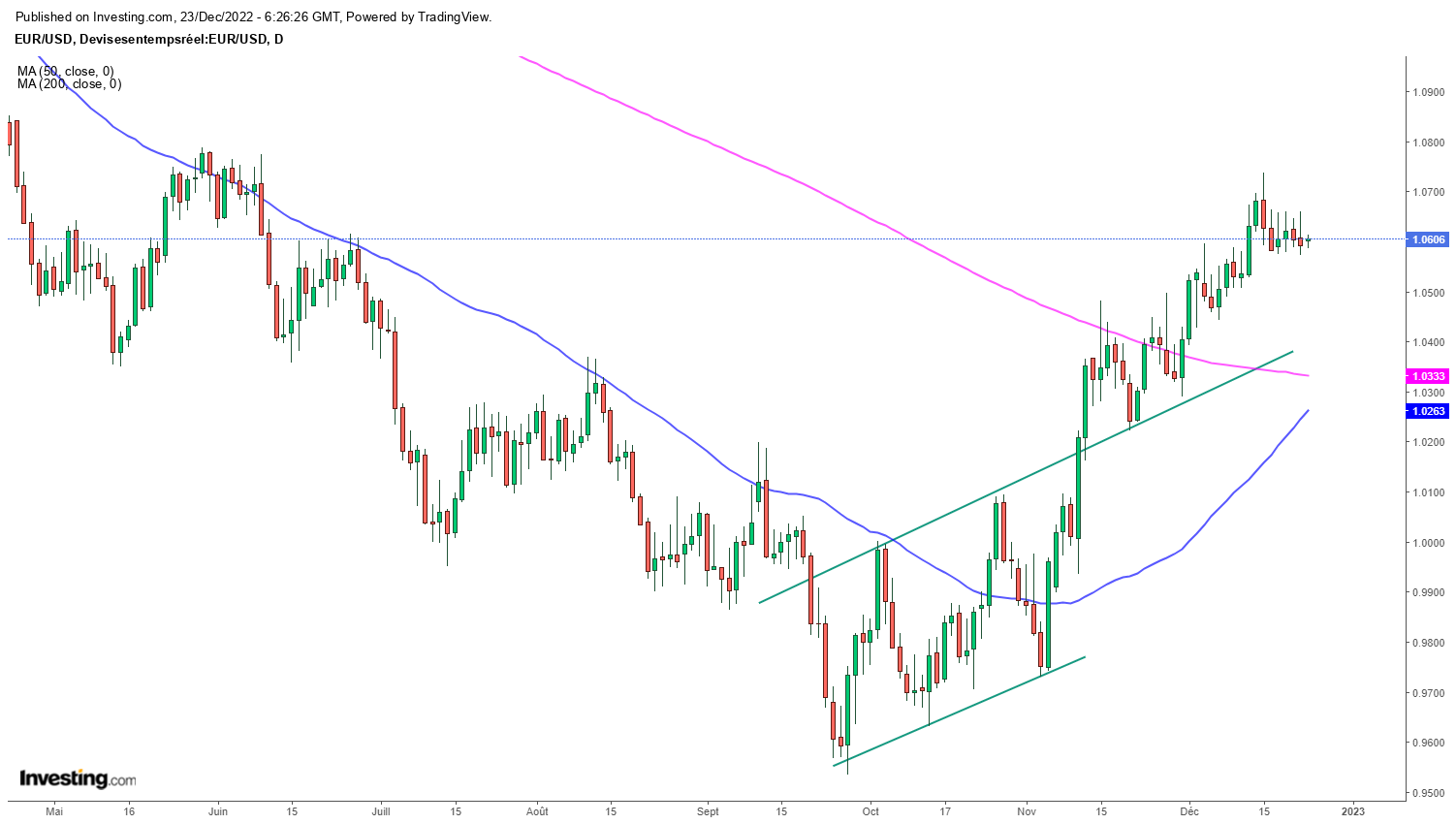 The 50-day moving average crossing above the 200-day moving average is a major bullish technical signal known as a “golden cross”. The last time this signal was recorded, at the end of June 2020, the EUR/USD subsequently recorded a gain of about 1150 pips in the following 6 months.

The opposite of this signal, when the 50-day MA crosses below the 200-day MA, a signal known as a “death cross”, was triggered at the end of July 2021. EUR/USD subsequently fell by more than 2000 pips in 14 months.

The rapid advance of the MM50 towards the MM200 days will therefore be something to watch closely between now and the end of 2022 and the beginning of 2023.