(Reuters) -Strong earnings updates from heavyweights including BP and Societe Generale drove European stocks to a record-high close on Tuesday, although gains were capped by concerns over rising Delta variant cases and China’s regulatory moves. 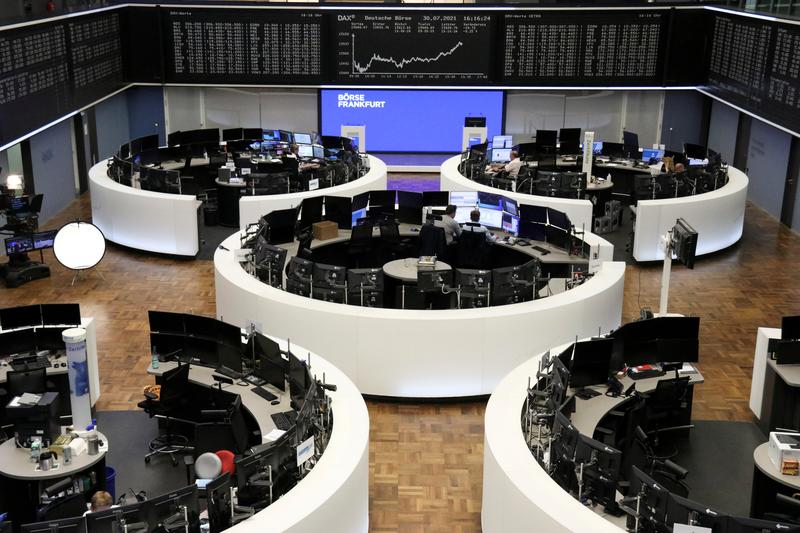 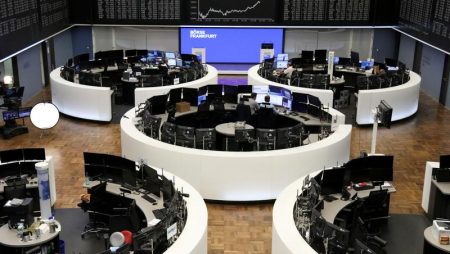 (Reuters) -Strong earnings updates from heavyweights including BP and Societe Generale drove European stocks to a record-high close on Tuesday, although gains were capped by concerns over rising Delta variant cases and China’s regulatory moves.

After dipping into negative territory earlier, the region-wide STOXX 600 index ended up 0.2% at a record closing high of 465.38 points.

Oil & gas stocks were the top gainers as BP rose 5.6% after it lifted its dividend and ramped up share buybacks on the back of a surge in quarterly profit.

French lender Societe Generale jumped 6.4% after it lifted its profit forecast for the full year, while UK-listed Standard Chartered gained 1.0% after it reported a higher-than-expected first-half profit.

Second-quarter earnings have been strong, with 66% of the more than half of the STOXX 600 companies that have reported so far topping analysts’ profit expectations, according to Refinitiv IBES data. Earnings are also expected to surge by nearly 140% this quarter.

Strong earnings and improving economic readings have brightened the outlook for European stocks this year, with economically-sensitive sectors expected to gain the most.

“Momentum stocks currently trade at an exceptionally large discount to both growth stocks and the European broad market,” analysts at BCA Research wrote in a note.

They recommend investors “move more aggressively” into industrial equities, which are poised to benefit from the rise in global capex and the excess money supply growth.

Travel and leisure stocks tumbled 2.6% as the spread of the Delta variant threatened more curbs on movement.

The tech sector was also among the biggest drags after German chipmaker Infineon Technologies fell 0.4% on flagging large production outages.

BMW slid 5.2% even after raising its profit forecast for 2021 as it said the global chip shortage and rising raw materials prices would hurt its performance in the second half of the year.

On the other hand, carmaker Stellantis STLA.MI climbed 4.2% after it raised its full-year target on its adjusted operating profit margin.