Is America ready for banana-flavored whiskey? 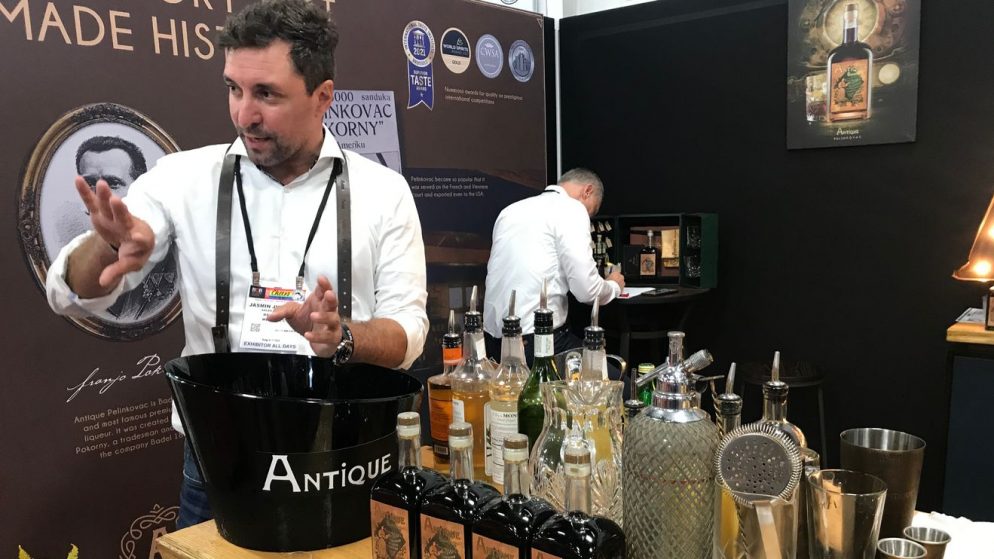 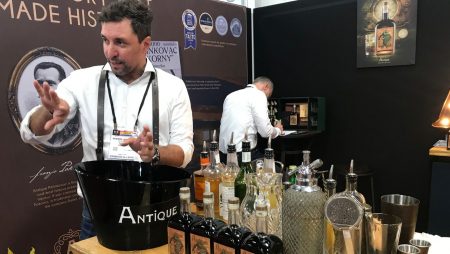 You can always find choice spirits to sip from such established brands as Jack Daniel’s and Johnnie Walker. But what say you to some Peruvian whiskey in the style of bourbon? Or an herbal liqueur straight from Croatia? Or a mezcal-gin hybrid?

Those were some of the oddball sips to be savored at this year’s Bar Convent Brooklyn, an industry trade show devoted to all things alcoholic and bar-related. The event, held Tuesday and Wednesday at the Brooklyn Expo Center in New York City, showcased hundreds of booze brands and drew a crowd of 3,000-plus (fully vaccinated, as per a New York City mandate).

It was a buzzy show for several reasons — chief among them being the fact it actually happened at a time when many conventions are being cancelled because of the recent COVID-19 surge related to the delta variant. Reed Exhibitions, organizers of the Brooklyn show, nevertheless made the call to forge ahead and instituted a variety of safety measures in the process.

But Brooklyn Bar Convent also proved significant in that it was a chance for the bar industry, which has been badly affected by the pandemic, to regroup and exchange ideas once again. Oh, and yes, it was an opportunity to taste some very good — and very unusual — spirits from brands that are trying to break through in a crowded marketplace.

We spent almost a full day sampling away and somehow even managed to stay relatively sober. Here are a few highlights:

We normally eschew flavored whiskeys — they’re often gimmicky sips that have an artificial taste and seem tailored for those who don’t appreciate the real deal. But we have to say that Whiskeysmith’s line of products, with fun flavors that taste true to their source, had us thinking otherwise. A particular favorite: the banana offering, which tastes like, well, bananas — tropical and yummy all at once.

PerWe’re not sure what else to call Don Michael’s Andean Black Corn Whiskey. As its name implies, it’s a Peruvian spirit made from corn, so it’s very much in the bourbon camp — and it tastes fairly similar to the classic American sip (by law, true bourbon must be made in the U.S., though not necessarily in Kentucky). But in any case, this South American offering has the sweet appeal of bourbon — the brand says you can pick up notes of oak, cinnamon and coffee. It apparently makes a fine Old Fashioned cocktail, too.

That’s how the team behind Antique Pelinkovac describes this herbal liqueur. The brand has a history going back to 1862, but the original recipe disappeared during World War II, only to be rediscovered in recent years. The sip has a taste that’s strong and a bit odd — we were reminded of Jägermeister, the super-popular herbal liqueur. The dominant ingredient used in the Croatian spirit is wormwood, which the Antique Pelinkovac folks say “cleanses the blood and strengthens the stomach.” Cheers!

Mezcal, the Mexican-made spirit with a smoky flavor, has been trending in the last few years. But why stop at just plain ol’ mezcal? A new Mexican brand, simply called Mezcal Gin, takes traditional mezcal and infuses it with gin botanicals. We’d say the flavor is closer to mezcal than gin, but it’s an intriguing approach and worthy of trying.

And something for the non-alcoholic crowd…

Booze-free distilled sips have been growing in popularity. And sure enough, Bar Convent Brooklyn offered its share of them. We especially liked the ones from MeMento, an Italian brand that refers to its offerings as “aromatic waters.” The one called Green is aptly described as “intense, herbaceous and refreshing.” But the Blue, which is awaiting release in this country but was available for sampling at the show, has the satisfying taste of sea water — a briny mouthful, in other words.