Pro Shares CEO Discusses the Success of His Firm’s ETF

Pro Shares and the Success of Its ETF 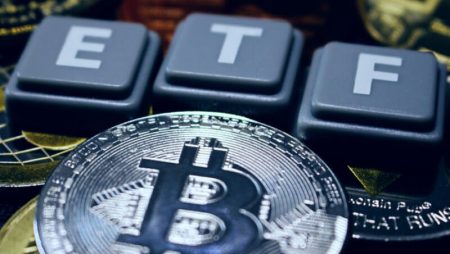 Pro Shares should be a name that everyone in the crypto space knows and understands. Not long ago (during the summer of 2021), the company unveiled a real bitcoin-based exchange-traded fund (ETF).
Pro Shares and the Success of Its ETF
The product was not based on actual bitcoins but on futures technology. This got a lot of people talking negatively about it early, though many other analysts felt that while it was inferior to spot trading, it was a step in the right direction, and it only took two days for the ETF to amass $1 billion.
Michael Sapir – the CEO of Pro Shares – recently was interviewed about the success of the ETF and where he thinks things can and will go from here. He admits that the crypto space is very unpredictable, and he has no idea where the space will be in ten years, though he’s rather confident it’s either going to get much bigger – so much so that it will eventually be taught in schools and learned about in the same way that modern banking is studied – or it will vanish completely.
He said:
The truth is no one knows. My view is that in 30 years, cryptocurrencies are either going to be a central part of the financial system and integral to our day-to-day living, or cryptocurrencies will be a distant memory for most people, and their history will be taught at business schools.
Discussing the introduction of the ETF, he commented that its debut has been stellar, and the product wound up doing much better than he or anyone else could have predicted:
The introduction exceeded our expectations by a good amount, especially the first day. We were watching the volume traded, from the minute we rang the bell at the New York Stock Exchange. I was looking at the monitor on the floor of the exchange, and every minute after launch, we would see tens of thousands if not hundreds of thousands of shares being traded.
Who Are the Customers?
Discussing the customers involved with the ETF, he stated:
We don’t have a direct relationship with the shareholders, being a security traded on the New York Stock Exchange, but about 16 percent of Americans have, at some point, bought cryptocurrency. We think a large part of the other 84 percent are intimidated by the prospect of trying to figure out how to get exposure to cryptocurrency and don’t want to open a special account to do that and then figure out how to hold a cryptocurrency. Venturing into the cryptocurrency world can be scary and intimidating. We think a big reason for the success is it took away a lot of those complications and fears… Investors in cryptocurrency skew more toward people who are willing to be early adopters and willing to take on risk.