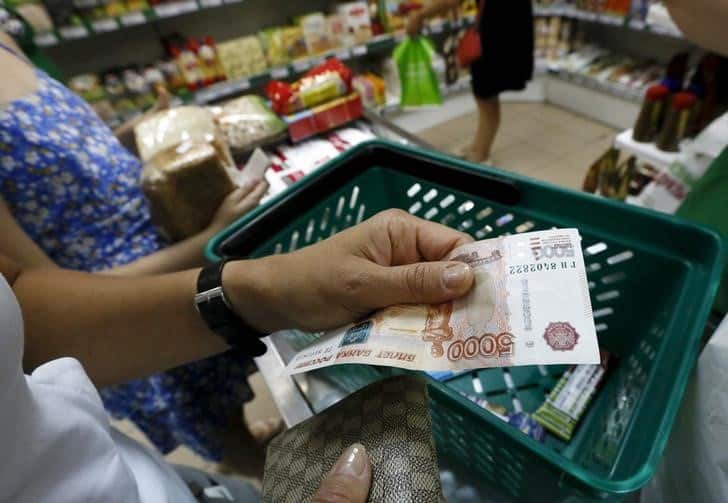 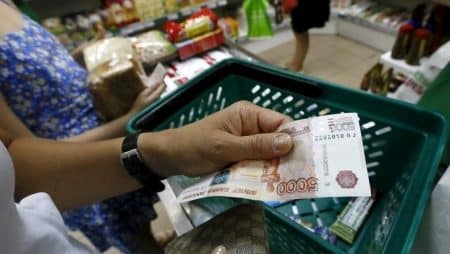 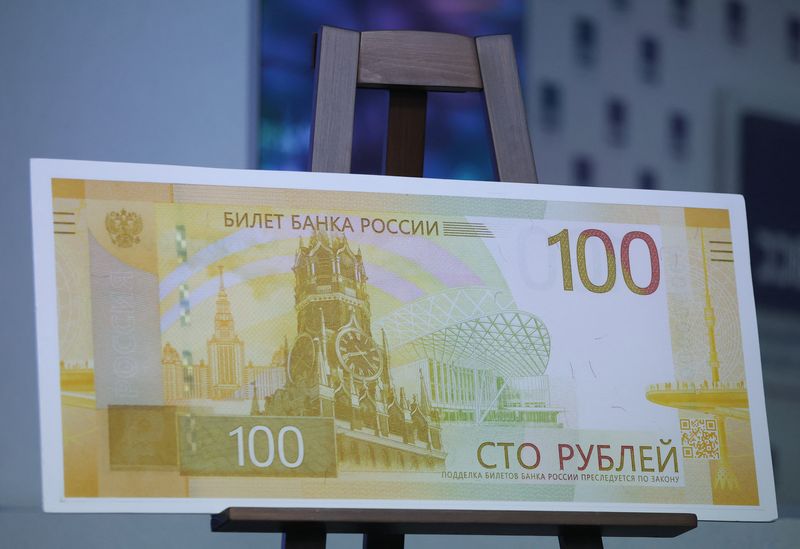 © Reuters. FILE PHOTO: A mock-up of the newly designed Russian 100-rouble banknote is on display during a presentation in Moscow, Russia June 30, 2022. REUTERS/Evgenia Novozhenina

MOSCOW (Reuters) – The Russian rouble steadied and stocks were flat on Thursday, lacking new momentum in summer trade, while bond prices inched higher after inflation data underpinned expectations for another rate cut by the central bank.

Propped up by capital controls, the rouble became the world’s best-performing currency this year and is expected to find more support soon from month-end tax payments that usually prompt exporters to convert part of their foreign currency revenues.

volatility has subsided after wild swings which saw it hit a record low of 121.53 to the dollar on the Moscow Exchange in March, days after Russia sent tens of thousands of troops into Ukraine on Feb. 24, and then rally to a seven-year peak of 50.01 in June.

On the bond market, yields on two-year OFZ treasury bonds, which move inversely with their prices, slid to 8.90% from Wednesday’s close of 9.01% after data showed consumer prices in Russia dipped for the sixth straight week.

“If this trend doesn’t reverse in September, we might see a further rate cut at the CBR’s next meeting,” BCS Global Markets said in a note.

The central bank last cut its key interest rate to 8% in July and said it would study the need for more cuts as inflation slows and an economic contraction continues for longer than previously thought.

“The Russian market is still moving in a sideways trend with no drivers for a trend reversal visible yet,” BCS Global Markets said.

Uruguay Is Calling for Crypto Regulation
8 hours ago